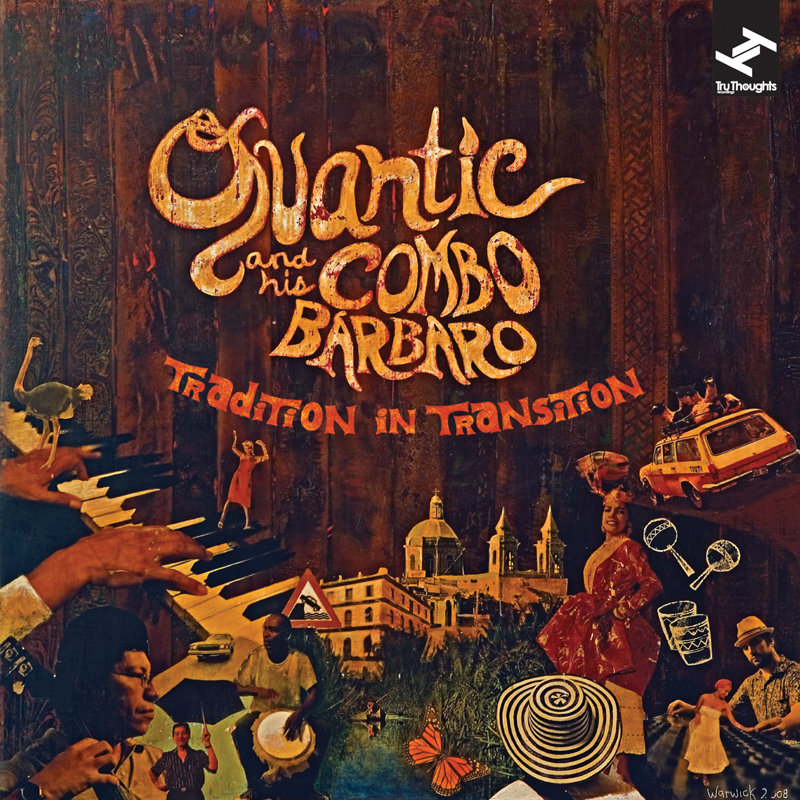 On my radio show, Quantic (aka Will Holland) is my go-to guy, so when I realized we had not given him the proper props on these pages. I did some music mining. Lo and behold, Holland himself provides a minor motherlode on his Quantic site. I use him as a staple on the show precisely because his catalog is extensive and diverse. Holland cut his teeth on an album of downtempo hip-hop and soul, recorded in his bedroom before he’d turned 21. He’s never looked back. Eight years and twelve full-lengths later, Quantic has proved himself a jack and master of all genres, at least the one’s he’s conquered thus far. Funk, soul, jazz, house, hip-hop, dub, electronic, and on his last few albums, reggae, salsa, tropical, and cumbia. His Combo Barbaro is made up of musicians from all over the globe, including Panamanian Singer Kabir on “Linda Morena.” I’ve not only learned to never underestimate Quantic, I’ve also learned to count on him for quality and an ever expanding sonic palette.