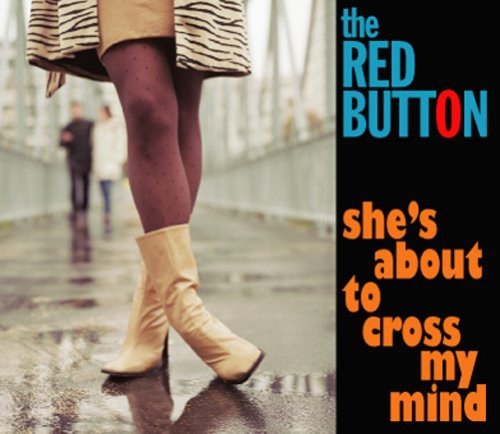 I’m always in the mood for this sleepy sort of pop song, this time from The Red Button. Principals, Mike Ruekberg and Seth Swirsky, have been writing and producing music in L.A. for more than a decade: composing soundtracks and writing songs for the likes of Al Green, respectively. The two met in 2004 when Seth was working on a solo record and discovered they had a mutual love for concise, melodic pop songs. So they began creating just that. Their album, She’s About to Cross My Mind, reminds me of a mix between the woefully obscure song-crafting wizard Erik Voeks on his album, Sandbox, and seminal pop-rockers The Posies. Coincidentally, those last two artists were in heavy rotation on the college radio station (AM 960: The Student Underground Network) Sam, Clay, and I launched way back when: sharing the sharing v.1. The Red Button’s retrospective melodies have me reminiscing like that today, the day after 3hive quietly celebrated our third year of existence. We hope to instigate more intensive festivities in the near future once our lives, mine in particular, settle down a bit. The proverbial dance card’s been booked lately.

7 Replies to “The Red Button”