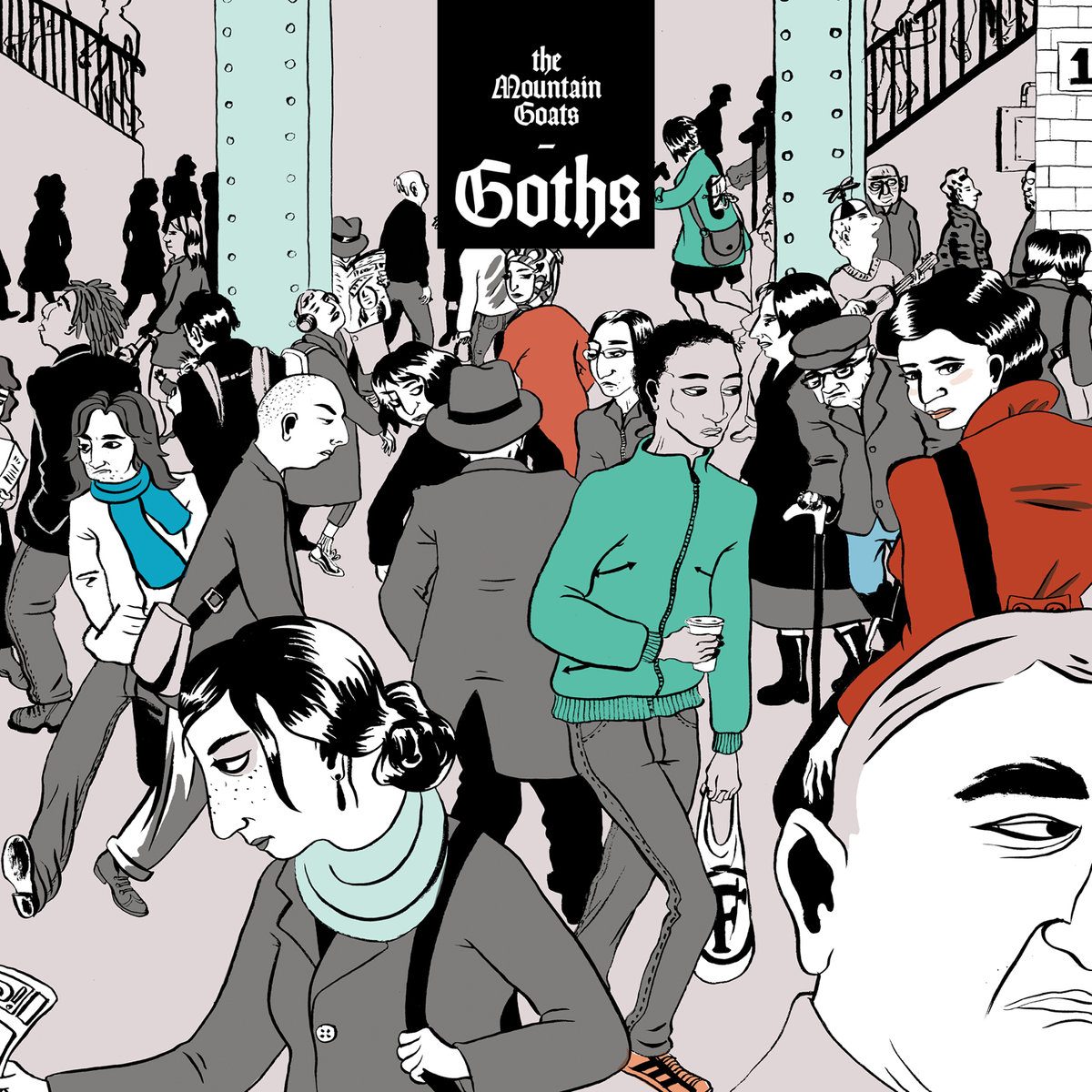 I wasn’t a fully committed goth in high school but I listened to my fair share of goth music, and sometimes dabbled awkwardly in goth fashion. The Mountain Goats’ John Darnielle – nowadays known for his storytelling skills, as a lo-fi turned hi-fi musician and awarded novelist – spent his teen years as a “goth kid”, though I reckon we shared a similar awkwardness. So when Darnielle directs an entire album’s worth of songwriting to the genre/culture, it’s because he has enough material to work with.

Whether the Sisters of Mercy-esque strains of “Rain in Soho” or their tribute to the SoM frontman himself, “Andrew Elritch Is Moving Back to Leeds”, Darnielle and company deliver each track with a clear knowledge of and empathy for its subject matter. On “Stench of the Unburied” Darnielle sings, as someone who suffered his way through SoCal summers in all black: “Outside it’s 92 degrees/And KROQ plays Siouxsie and the Banshees”. In typical Mountain Goats fashion, it’s followed by a narrator’s wink and nod: “Ice chest full of Corona and Pineapple Crush/It’ll take 20 years for the toxins to flush.” It’s this tension that makes Darnielle’s songwriting so authentic, endearing, and surprising.

Goths avoids the trappings of a concept album. Musically it wanders, however coherently, from ominous minor key anthems to loungey new wave to flute-driven baroque pop to an entire bonus record of ambient mixes “for the all-night goths who need to reply to the dawn with total darkness.” The thread remains, but Darnielle trusts his listener to figure it out in their own way.

To me, Goths is about the sometimes tragic, sometimes humorous struggle of adolescent identity (which continues to plague some adults). The search for identity often chased by self-doubt and self-consciousness gets summed up in the album’s best line, the chorus to “The Grey King and the Silver Flame Attunement”: “I’m pretty hardcore, but I’m not that hardcore.”

Even without explanation, Goths is a great album. “We Do It Different on the West Coast” – while relevant here – would fit on any Mountain Goats record, with it’s perfectly Californian brand of self-deprecating coastal pride. It’s followed by “Unicorn Tolerance” which is just plain adorable. Do yourself a favor and listen to Goths, regardless of how much black eyeliner, white foundation, red lipstick, and hair spray you have on your person.

[Buy the deluxe edition of Goths on “vampire red” vinyl with the aforementioned bonus LP of ambient mixes in the 3hive Co-op Shop, while supplies last.]