Alisa and I read differently. She reads for plot. I for sentences. Sleepingfish publishes writers whose first concern is the sound of their sentences. Music without notes. Just tone and rhythm. Rhythm and mood. Consider this sentence from this issue:

She is unaware of the little bits of fabric he would sew into her palms: in private she squelches her poise and it is awful to hear silence exist in such a perfect American accent. [Julie Doxsee excerpt]

Sleepingfish not-so-regularly publishes such work from some my favorite writers: Peter Markus, Dawn Raffel, Diane Williams, and Terese Svoboda. Of note: the latest issue of Sleepingfish features an online supplement, a setlist of contributors past and present. We’ll feature a few here, but more tracks, along with ordering info for the issue, can be found at
Sleepingfish. 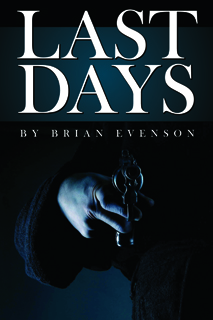 Brian Evenson looms dark, haunting myths. His raw, unflinching language will not leave you alone. Not ever. A modern-day, literary Job, Evenson sacrificed religion and family for the Word. For his new novel, Last Days, he added, ironically, to a previous novella about a recently dismembered detective, Kline, whose services are being forcefully sought by a fundamentalist group, a sect that believes literally in the biblical exhortation to cut off or pluck out any offending member of the body, hand, eye, lip, whatever. They threaten to subtract from Kline again unless he agrees to help them solve a murder amongst their numbers.

END_OF_DOCUMENT_TOKEN_TO_BE_REPLACED

Once, on my way to New York City, my father who was dropping me off at the airport, asked how much cash I was taking. Perpetually late, and perpetually putting off until tomorrow things I could and should do today, I replied, unashamedly unprepared, “None.” I planned to hit an ATM as soon as I got into the city. Simple enough. While I worried not a whit about traveling cashless, I wouldn’t dream of traveling without a good book, and more often than not, when traveling to New York City, I’d have a Jonathan Lethem book tucked into my carry-on. Lethem dabbles deftly in several genres. His novel, The Fortress of Solitude, one of my favorites, blends two styles of realism, gritty and magic, in a masterful coming of age tale of one young Brooklynite in the ’70s. His latest, You Don’t Love Me Yet, is his take on a romantic comedy set in Los Angeles among modern-day indie rockers. If you’ve been missing out on Lethem, you’ve been missing out on the last decade of American culture. If you’re an impatient Mark Richard fan like myself you’ve stopped waiting for his next fictional foray. After being crowned one of the kings of contemporary literary fiction (read: big fish in a really small pond), he left for Hollywood to write for television (Chicago Hope, Party of Five, Huff) and film (Stop-Loss and the adaptation of his story “The Ice at the Bottom of the World” due out next year). Outside of that bubble I highly doubt he’s made any new fans with his screenwritings. Mark Richard discoveries take place tete-a-tete, with loaner titles being passed mano-a-mano. I love digging up used copies to pass along as gifts and now, sharing with a wider audience. Take a deep breath before you dive into the first story. It’s two sentences long. One sentence slightly longer than the first and chock full of images you may want to consider before you move into that charming apartment after moving out or losing your house to this lovely market we’ve been experiencing of late.

(Note: If you’d like your fiction to be considered for review, please email us links to your work.) 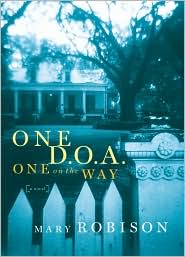 Besides music rattling around in my head most of the day, words take up residence there too, sentences, stories, novels. I’ve wanted to add stories to our offerings at 3hive for a while now and it’s time to stop wanting. The arrival of Mary Robison’s novel One D.O.A., One on the Way has been looming for too long. It looks ready for reading finally. The curt and sardonic Eve Broussard narrates the story of her life in post-Katrina New Orleans in quick snapshots detailing the decline of her husband’s health and the pair’s relationship. It’s not unlike the fragmented and funny Why Did I Ever? the novel Robison scratched out on 3×5 cards, often while in her car waiting at stoplights. Both perfectly consumable novels for the clinically distracted. Tune in again next weekend for another edition of WordHive.