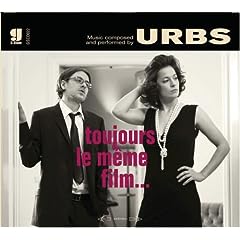 Austrian hip hop and breakz DJ, Paul Nawrata, has been crafting mean sets since 1991. He’s been producing since 1997 and his first solo album, Toujours le MÃªme Film, in a word, KILLS. Fans of film scores and other cinematic sounds are definitely gonna wanna jump in on this one. As are the hip hop kids. Quality downtempo, trip-hop for folks who are partial to Portishead, RJD2, and surround sound.